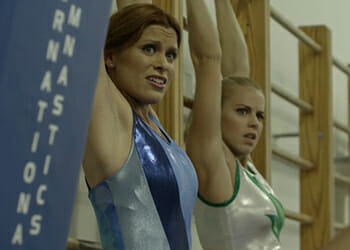 For the first time since 2014, Stick It and Chalk It Up stars Maddy Curley and Tarah Paige are going to be at IGC together.

Both scheduled for week 2 of Summer 2017, the two have been good friends for years and consistently make their way back to IGC each summer.

Maddy is a former NCAA gymnast and 4-time Academic All-American for the University of North Carolina at Chapel Hill. Now an actress and producer, Maddy has played roles in various television shows and movies. Maddy is mostly recognized for her role as Mina Hoyt in the gymnastics movie Stick It.

Maddy wrote, produced, and stars in the new gymnastics movie Chalk It Up. Filmed in the gyms of IGC, many IGC staff members and local gymnasts were able to participate as extras in Chalk It Up. Chalk It Up is available on DVD to purchase. 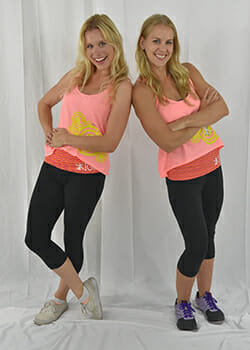 Tarah was an elite gymnast, a former member of the U.S. National Team, and U.S. National Championships Medalist. She is now a well-known stuntwoman and actress, playing roles and stunting in many notable films and TV shows including the Transformers movies, Alice in Wonderland, Make It or Break It, A.N.T. Farm, and many more! Tarah is also known for her roles as Tricia Skilken in Stick It and Emily in Chalk It Up.

Maddy will be at camp during week 2, while Tarah will be attending weeks 2 and 11. We are so excited to host these incredible talents at IGC this summer, and we can’t wait to see what kind of gymnastic fun they have in store for our campers!