Pirates of the Poconos Week at IGC 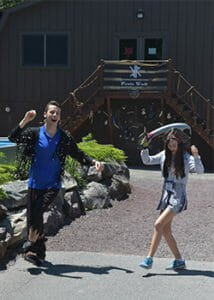 Ahoy, mateys, we are nearing the end of Week 5, Pirates of the Poconos Week, at IGC! Week 5 was such a fun-filled week, we didn’t want it to end!

In order to properly welcome campers and their families to camp on Day 1 of Week 5, our staff dressed up in pirate gear from head to toe. To complete the ensemble, they wore pirate hats, eye patches, and carried treasures. This immediately set the tone for Pirates of the Poconos Week. In the background, pirate themed music was playing as well, which also complemented the overall feel of the theme.

The pirate theme was present throughout all of IGC! For instance, the cafeteria turned into a pirate ship and there was even a small island with a treasure map, swords, skulls, and coins! 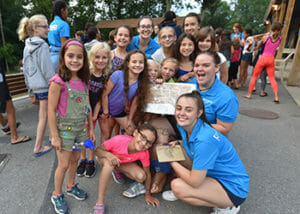 Campers were also able to participate in a treasure hunt cabin challenge, which was a huge hit! There were different games set up to play all over camp. When completing the games, each cabin got a piece of a puzzle map to put together, and whichever cabin finished the puzzle map first, won the challenge! For this challenge specifically, Cabin 2 campers were the lucky winners! 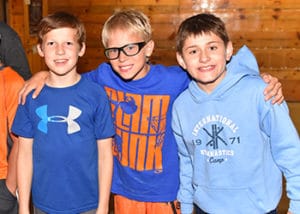 The weekly camper dance in the canteen was also a memorable part of week 5! Campers enjoyed dancing the night away, hanging out with friends, eating tasty snacks, and getting autographs from the Week 5 IGC Celebrities.

Pirates of the Poconos Week lived up to its expectations, and everyone had a really great week!