Stars and Stripes Week at IGC 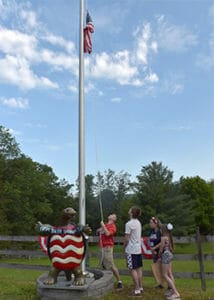 Stars and Stripes Week at IGC was a huge success! The week started off with a bang, and everyone was in the spirit for the 4th of July all week long!

The entire campus was beautifully decorated from top to bottom in red, white, and blue. From the gates at check in, to the campers’ cabins, to the cafeteria, stars and stripes were everywhere! Campers and staff had loads of fun with the festive theme as well. Throughout the week, everyone was decked out in red, white, and blue colors, along with 4th of July themed accessories.

One of the biggest highlights of the week were our IGC Celebrities! Returning for their second week in a row were 7-time Olympian Oksana Chusovitina, and 1984 Olympic gold medalist Jim Hartung. Joining the two of them was 3-time Olympic gold medalist, Svetlana Boguinskaia. Our campers were thrilled to meet all three of them during check-in on Sunday, and received excellent gymnastics tips from them during the week.

Aside from the ongoing celebrations all week long, Tuesday and Wednesday included even more great highlights! Tuesday was our flag raising ceremony. Several people made touching speeches about the importance of Independence Day and the reason for celebrating. During the ceremony, two IGC Counselors sang the U.S. National Anthem, while everyone looked on as a special flag was raised. On Wednesday, there was a 4th of July carnival celebration! There were tons of delicious foods and desserts, as well as fun recreational games, including a water balloon toss, kickball, potato sack races, tug of war, hula hoop corn hole, and more!

Week 4 was a blast! It was a great week celebrating the 4th of July with all the campers and IGC Staff! 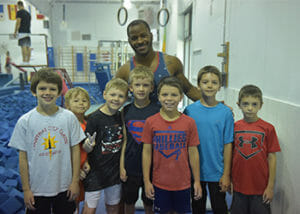 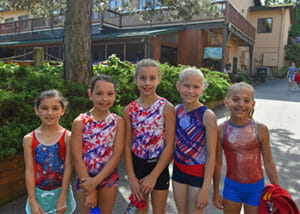 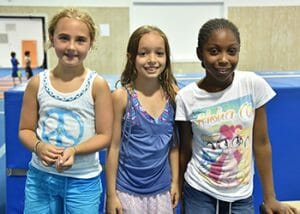 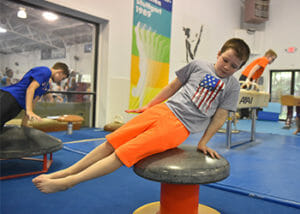 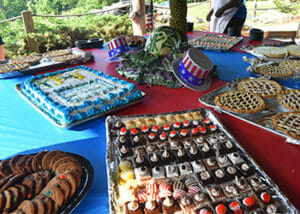 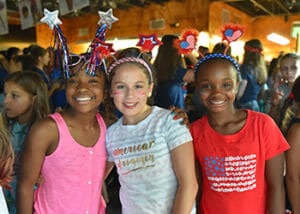