Jana Bieger Announced for Weeks 2 and 5 at IGC 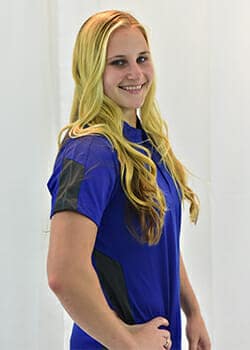 We are so excited to announce that Jana Bieger has been confirmed for camp this summer! Jana will be joining us at IGC for weeks 2 and 5.

We absolutely love that Jana continues coming to camp year after year! She always motivates all of our campers to work hard and to the best of their ability.

Check out Jana’s awesome floor routine from the World Championships in Aarhus below!